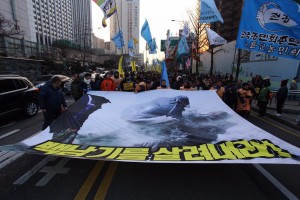 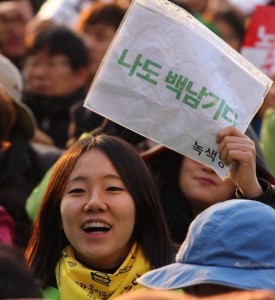 On February 27 a fourth “general people’s uprising” rally was held on a City Hall plaza in Seoul, South Korea. Wishing for the recovery of farmer Baek Nam-gi, who has remained unconscious since the first rally last November a group of people marched all the way from Boseong, 350 kilometers south of Seoul, to join the rally. Relatives of the victims of the Sewol ferry disaster participated as well. 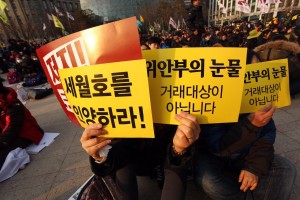 Protesters chanted “Bring Park Geun-hye to justice!” After the rally people marched to the hospital where Mr. Baek has been hospitalized for the past 3 months. Protest organizers said as many as 15,000 people joined the rally on Saturday. 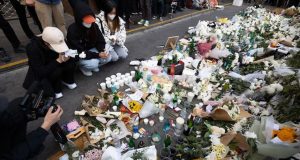 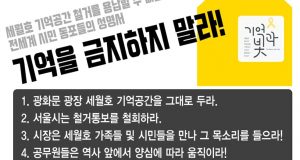 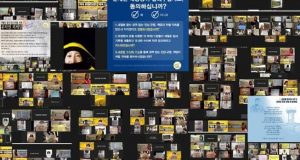 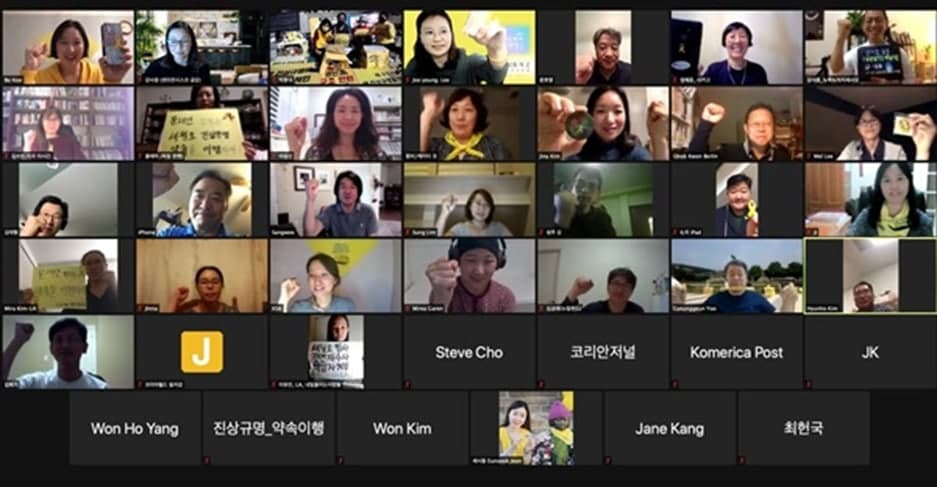