On November 20, 2015 at 4:00 PM members from the Corea Catholic Farmers Movement held a ‘mass wishing for recovery of Baek Namgi Emanuel and democracy in South Korea’ in front of his hospital room. 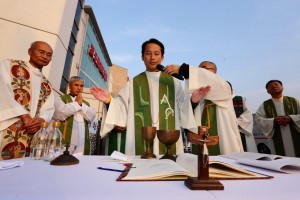 The CCFM said that they would continue to organize daily masses for him at the same place. Mr. Baek Namgi has been in a critical condition since police fired water cannons at him, causing him to fall and hit the back of his head, during last week’s protest. 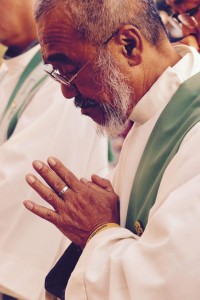 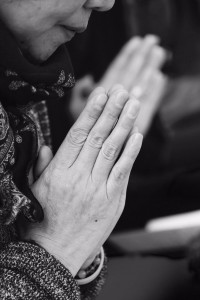 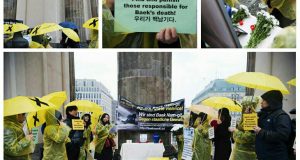 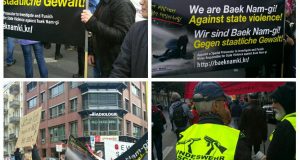 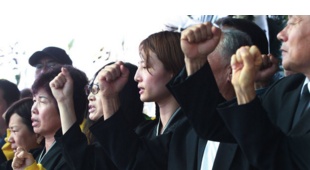