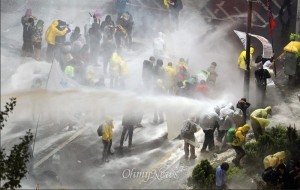 Water cannons containing tear gas were used at people during the protest. Many protesters were isolated
and could not avoid the attack. The photo was taken on May 1, 2015. (c) OhMyNews

On May 4, 2015 4.16 Coalition on the Sewol Disaster in South Korea said that an urgent appeal had been submitted to the Special Rapporteurs at the United Nations in regards to the South Korean police officers’ violation of human rights by using excessive and unnecessary forces during the Sewol rallies over the past few weeks.

According to the appeal, riot police built bus barricades to block all the roads near the protest sites in the center of Seoul and fired water cannons containing tear gas (capsaicin) directly at people’s faces during the protests on April 16, 18 and May 1, 2015. A number of human rights activists and victims’ family members were also reportedly arrested, detained, and severely injured during the police crackdown. The committee claimed that there had been reported cases of sexual harassments towards female protesters and even arrests of high school students.

The appeal states that police installed tight bus barricades and sealed off all nearby streets and subway exits, causing significant disruption in traffic and inconvenience to even residents and general passengers. The South Korean Constitutional Court made a decision against such restrictions in 2009, stating that such restricting actions by police should be “minimum and limited only to the ones necessary to address individual illegal acts.” The rallies by the families of the Sewol victims and their supporters had been peaceful ones to commemorate the Sewol disaster on April 16, 2014 and its victims. The protestors were only calling for a thorough and independent investigation into the Sewol disaster.

It is also pointed out in the appeal that police officers did not wear their name badges or any other identifying information. Therefore, the protestors that had witnessed the police committing these violent acts would not be able to report them, nor make claims against them.

The Sewol ferry sank off the South Korean coast in April of last year, killing more than 300 people, most of them high school students. The families of the victims from the disaster and their supporters have been asking the government for a thorough investigation into the tragedy and punishment of those accountable for the accident and botched rescue operations. The president Park Geunhye vowed to the nation immediately after the disaster that she would resolve all issues related to the accident, but the families of ferry victims and many South Korean people feel that not much has been done to prove that for a whole year. 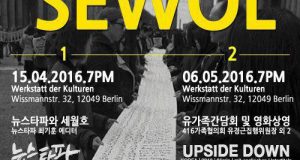 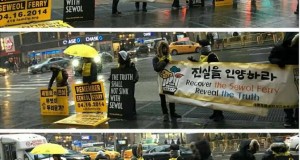 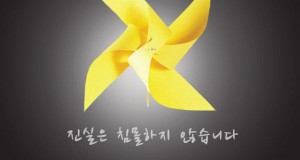