On April 22nd four teachers from the Inchon Metropolitan Office of Education were stripped of their posts as requested by the South Korean Ministry of Education. Civic groups immediately criticized the decision.

These teachers were indicted without detention in 2013 on charges of violation of the National Security Act, the controversial anti-communist law, on three accounts; establishing an organization to benefit the enemy, sympathizing with the enemy, and possessing materials abetting the enemy. They were acquitted of the first two accounts and sentenced a year and a half in prison and a year and a half suspension of their licenses for one account, possessing materials abetting the enemy. However, the sentence has been suspended for 2 years.

The teachers have appealed to a higher court. According to local media the print materials the teachers possessed had been given to them during their lawful visit to North Korea. 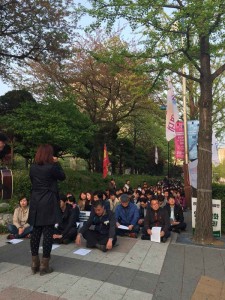 Several civic groups have reacted immediately. The Inchon headquarter of the Korean Confederation of Trade Union (KCTU) said in its statement that it would be against the constitutional principle of “innocent until proven guilty” to find someone to be guilty based on the verdict only from the first trial – in the South Korean judicial system there needs to be three trials (in a district court, appeals court, and supreme court) altogether to prove someone’s guilt. The union called the decision illegal and unfair.

The Korean Teachers and Education Workers’ Union (KTU) plans to take legal action against the deprival by way of a nullity suit or an appeal review. They are also preparing a petition asking an appeals court to acquit the case. 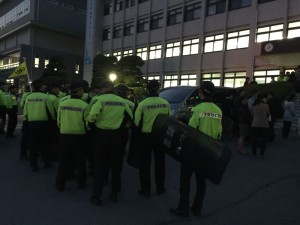 An official from the Office of Education said that the Ministry of Education had pressured them to implement the decision by way of threats of a lawsuit against the superintendent for negligence, leaving them with no other options.

In the meantime, some other teachers may also face an act of punishment by the Ministry of Education for expressing their anti-government views with the first anniversary of the Sewol disaster a week ahead.

Ms. Cho Youngsun and 110 other teachers wrote, listing their full names, on the website of the Blue House on April 10th, calling for South Korean president Park Geunhye to step down, as the person responsible for the disaster and the deaths. They also asked for the retraction of the government’s Sewol Special Law Enforcement Ordinance and the salvage of the sunken ship for a thorough and independent investigation into the tragedy. The Ministry of Education said that the teachers would be penalized for their actions.

A year ago the ferry Sewol sank off the southwestern coast, killing more than 300 people, most of them high school students on a field trip. The South Korean government has been widely criticized for its botched rescue operations which had not saved a single living person from the sinking ship. 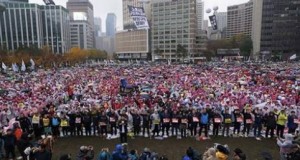 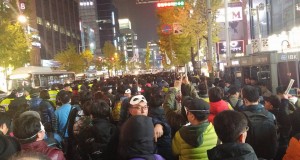 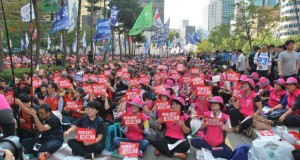