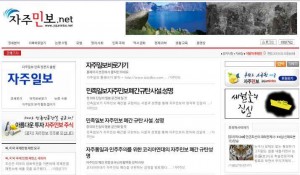 On February 13 of this year the South Korean Supreme Court delivered a verdict to close down <Jajuminbo>, a South Korean internet media outlet, by turning down the appeal again, following the dismissal by the Seoul High Court, against the court order from the Inchon District Court last June to cancel its registration as an internet news outlet.

The court made its decision to dismiss the appeal unanimously, saying in its ruling that <Jajuminbo> had repeatedly published articles with the content which could jeopardize the very existence and safety of the country and South Korea’s free democratic order.

“The Supreme Court dismissed the appeal without deliberation” commented <Jajuminbo> on February 26. “That was the execution of democracy.” It also mentioned that the decision to cease a media outlet was only the second in history with only one such incidence in the past during the Yushin era under the notorious dictator Park Junghee who ruled the nation in the 60s and 70s.

Lee Jungseop, president of <Jajuminbo>, pointed out that the ruling was not derived from “a logical and legal deliberation”, but rather it was “an oppressive measure strongly influenced by conservative media outlets which had labeled <Jajuminbo> as a North Korean sympathizer and the pressure from the current government”.

He added, “we told the court that we would abide the law in force. We also said if any of our articles were proven to be inappropriate the court should address that as a separate matter. But the court made this decision even without reflecting our stance on the matter in its ruling.” Lee has been indicted on a charge of violating the controversial National Security Law for some of the articles he had written.

<Jajuminbo> was first published in 2000 as a monthly magazine with the purpose to promote peace and unification of the Korean peninsula. The format changed to an internet outlet in 2009.

Meanwhile, Lee registered another outlet under a new name, <Jajuilbo> with the city of Seoul on February 11, 2015 and vowed to speak out continuously on unification and democracy. 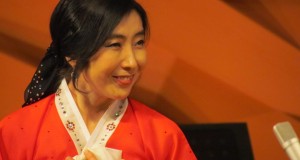