The prosecution in South Korea appealed to the Supreme Court last Friday after two journalists, Kim Oujoon and Choo Chinwoo, had been acquitted of all charges in the defamation case against Park Jiman, the president’s brother, on January 16, 2015.

Two South Korean journalists, Choo Chinwoo, a reporter at Sisa In, and Kim Oujoon, the president of DDanzi Media Group, had been indicted on defamation charges against Park Jiman after they had reported on suspicions in a murder case of two of his close relatives implicating Mr. Park’s involvement in the case.

After these two journalists had been acquitted by a jury in their first trial in October of 2013 the prosecution appealed to a higher court and demanded several years in prison for each of them. However, the high court acquitted them again this month, saying that “there were enough grounds for the accused to raise the suspicion regardless of whether it was truthful or not” and “how to judge journalists’ reports should be left to readers and viewers”, according to the New York Times.

Prior to the verdict from the high court 35,000 people globally including Noam Chomsky signed the petition demanding their acquittal. Korean National Union of Media Workers and Reporters Without Borders issued statements supporting Kim, Choo, and the freedom of press in South Korea. The San Francisco Labor Council sent a group of delegates to the Korean Consulate calling for their acquittal as well. 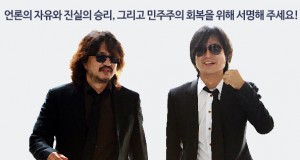 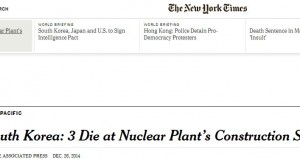